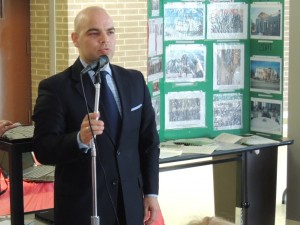 On June 14, 2015 the American Research Center in Sofia organized the official presentation of the Immigrant.bg for the Bulgarian community in Chicago. The event entitled “With Memory for the Past and Hope for the Future. Shared Heritage” took place in Guerin College Prep High School under the patronage of the Consular General of Bulgaria in Chicago, Mr. Simeon Stoilov.

satisfaction with the success of a number of events organized jointly by the Consulate and the Center, expressing his hope that such joint initiatives will continue in the future. Mr. Stoilov pointed the important role that the Virtual Museum will play in Bulgarian Community’s life in North America, for the preservation and development of its Bulgarian identity, as well as its natural integration in American society. 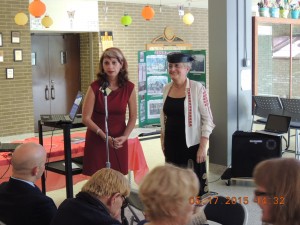 Mrs Elena Tabakova, founder of the Bulgarian Museum Association in Chicago and former curator at the Regional History Museum of Rousse saluted the audience and the American Research Center, in particular, Dr. Dilyana Ivanova, author and creator of the website. Mrs Tabakova expressed her admiration for the site’s concept and the opportunities it creates for contact not only for Bulgarians in North America, but also for all Bulgarians abroad. She expressed her wishes that the American Research Center opens the website in the future towards Bulgarian emigrants in other parts of the world. 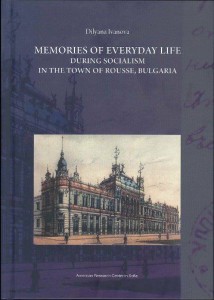 The event’s program included the presentation of Dr. Ivanova’s book entitled: Memories of Everyday Life in the Town of Rousse, Bulgaria. The work is based on Mrs Ivanova’s Doctoral dissertation and presents a profile of everyday life in the town of Rousse during the socialist era through the oral narratives of local residents. The Virtual Museum of Bulgarians in North America is, to a large extent, based on the concept of Dilyana Ivanova’s work and aims to present a profile of the Bulgarian immigration in the United States and Canada through the immigrants’ own perspectives. Dr. Ivanova’s work is published by the American Research Center in Sofia. 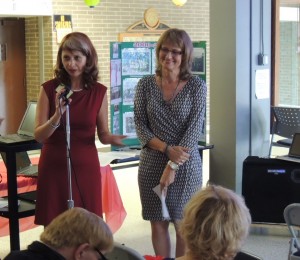 A special presentation of the work was made by Mrs Ilina Sirakova, an ethnologist and representative of the Bulgarian Museum Association of Chicago, as well as former curator of the Regional History Museum of Rousse. Mrs Sirakova presented the main themes of the book, revealing the priorities of narration about socialism in the oral narratives of residents of Rousse. Ilina Sirakova stressed the fact that Dr. Ivanova’s research’s timing couldn’t be better as many of the contemporaries of socialist reforms will soon be gone and there will not be any first-hand memories available. 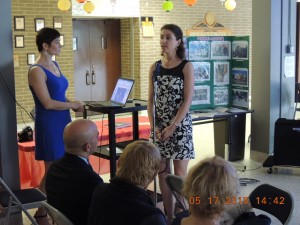 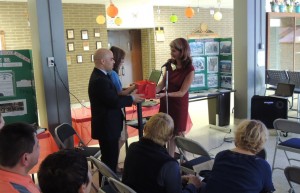 Moderator and main speaker of the event Dr. Dilyana Ivanova thanked Consular General Stoilov for his cooperation and the honor to patronize the event and everyone who spoke in support of the Center, the website, and her work, as well as everyone who had contributed to the organization of the event and the creation of the website. Mrs Ivanova thanked the Mehanata Restaurant for the generous supply of food for the event’s cocktail, as well as the Vkusen Svyat Restaurant for their contribution to the catering. Dr. Ivanova extended her special thanks to all who had contributed with materials for the start of the Virtual Museum, among whom Kliment Velichkov and Nassya Kralevska-Owens for their journalistic interviews, and Mrs Boyanka Ivanova, Principal of the John Atanasoff Bulgarian Language School for the donation of a collection of photographs of old-time Bulgarian emigrants in Chicago.

Dr. Ivanova also mentioned the names of Bulgarian scholars, specialists in oral history and immigration matters who were consulted for the project, among whom: Dr. Ana Luleva and Professor Albena Georgieva of the Institute of Ethnology and Folklore Studies with Ethnographic Museum at BAS, Dr. Nikolay Nenov and Desislava Tiholova of the Regional Historical Museum of Rousse, Professor Evelina Kelbecheva of the American University in Blagoevgrad, and Professor Margarita Karamihova of the University of Veliko Tarnovo. 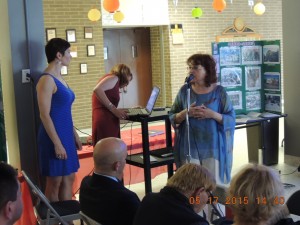 Dilyana Ivanova directed the audience’s attention to the exhibition on immigration put together by representatives of the Bulgarian schools and cultural organizations as part of the event. The main participants in this exhibition were the John Atanasoff Bulgarian Language School of Chicago who presented an exhibition of photos and a documentary entitled “Working and Living Abroad or Emigration. Fate or Destiny” also presented to the audience. The Bulgarian Museum Association of Chicago organized an exhibition entitled “Immigrant’s Suitcase” consisting of various exhibits of the association including a suitcase with authentic Bulgarian folk costumes and fabrics.

Dr. Ivanova told the story of the idea for the creation of the website by the American Research Center in Sofia. She shared that some of the main goals of the website will be: to connect Bulgarians across the world, to tell the regular people’s stories, to make the Bulgarian diaspora in the United States and America more visible, as well as to preserve and develop the immigrants’ Bulgarian identity. She explained that users would pay a one-time fee of $50 that would help for the development of the website and its professionalization. Dr. Ivanova also stated that the Virtual Museum will be accepting voluntary contributions.

Mrs Ivanova ended her speech by inviting the audience to continue the discussion of the new website over a glass of wine and the savory food provided by the Mehanata and Vkusen Svyat Restaurants.
The American Research Center in Sofia would like to thank the Bulgaria and Bulgaria Sega Bulgarian newspapers in Chicago, as well as the EuroChicago website for their media support. We would also like to extend our special thanks to the BIT TV channel for publicizing the event in a special broadcast. 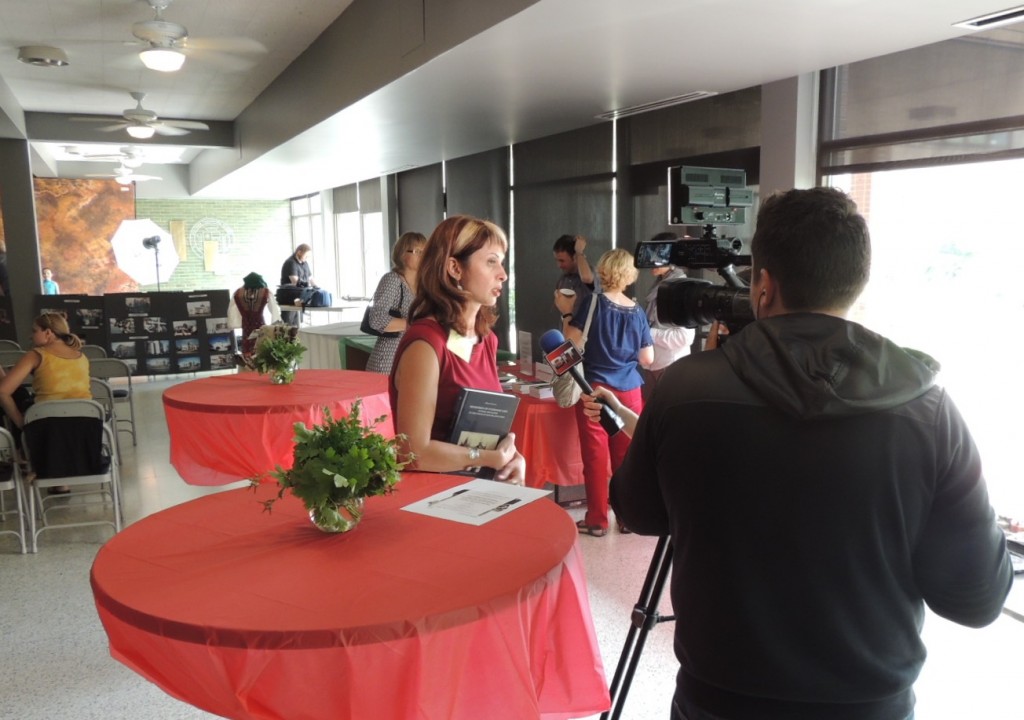