Stories, Stories from the Socialist Past, Stories of the Bulgarian Transition, Story of the Month, Virtual Museum музей, протести, Русе, хлорни обгазявания 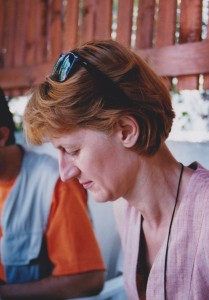 Tell me about the pollution from Verachim.

I.S.: A-a-ah, you mean the pollution, oh, yes, yes! It is [my daughter] Teodora who’s in this condition because of it. Well, my child had asthmatic bronchitis – she had a congenital allergy to penicillin antibiotics. She had this asthmatic bronchitis until she was 15 or 16 years old, I suppose this had some effect. But anyway, my workplace, the Kaliopa House, is right on the Danube, and during my entire pregnancy – actually, while I was pregnant I was at the Zahari Stoyanov House, which is also on the Danube riverbank, two houses away from Kaliopa – so I spent my entire pregnancy and half my work experience in the chlorine pollution.

When did the chlorine pollution take place?

I.S.: The strongest pollution was in 1983 and 1984, 1985, as I remember it. My workplace was right on the bank of the Danube River, where I think it was felt most strongly. It became like a fog. The whole town was in a fog when the chlorine pollution was happening. Not to mention that I’ve lost my sense of smell, partly.

You still have this problem now?

I.S.: I suppose it is from that. Yes, yes! Now I have a much poorer sense of smell, I think that… that’s what I think, because… it was immediately after this pollution, which took place for several years, and I was still working there – I mean I was still on the Danube. Now let’s say that the Druzhba neighborhood wasn’t polluted as badly, but downtown, the central area was quite strongly polluted.

Did you ever think of moving, say?

I.S.: Well, where would I go, where would I move to? At first, in those years you couldn’t leave the town unless you’d found a job somewhere else. You couldn’t go to a larger town, because of citizenship [laugh]. It was such a system of serfdom that you couldn’t move away from the town. If you wanted to go to a village, go ahead, but our professions, mine and Mitko’s, were exclusively associated with the museum, so we had no place to go, nowhere to go, nowhere to move…

During the 1980s, the population of Rousse endured formidable challenges. In the Romanian town of Giurgiu, on the opposite bank of the Danube River, the large chemical factory called Verachim was constructed, and it polluted Rousse with chlorine for more than a decade. A large number of citizens began to suffer pulmonary problems. The chlorine pollution affected the children most heavily. In this period, the population of Rousse decreased by approximately 15,000 people, since many families left the town because of health issues. After 1989, the Romanian factory began working at minimum capacity, and the pollution gradually ceased. The protests against the pollution of Rousse, which began in 1987, helped to fuel democratic changes in Bulgaria. Long before that in 1981, the Rousse Ministry of the Interior had alerted the Ministry in Sofia about the upcoming chlorine eco-disaster, but it took almost a decade for the pollution to cease. The reason for this delay was that the socialist states of Romania and Bulgaria were officially on friendly terms. In the name of preserving the relationship with neighboring Romania – and because of its loyalty toward their common ally and “bigger brother,” the Soviet Union – it took a long time for the Bulgarian government to gain the courage to undertake foreign political measures to stop the chlorine pollution (Ivanova 2014).

This story is part of an interview with Ilina Sirakova conducted by Dilyana Ivanova in 2011. Excerpts from the interview are published in English in Dilyana Ivanova’s monograph Memories of Everyday Life during Socialism in the Town of Rousse, Bulgaria (2014). You can find the full interview from 2011 in Bulgarian here. Become a member of www.immigrant.bg. Share your story!

Protests against the pollution of Rousse, Bulgaria, which began in 1987 (images: Rousse Regional Museum of History) 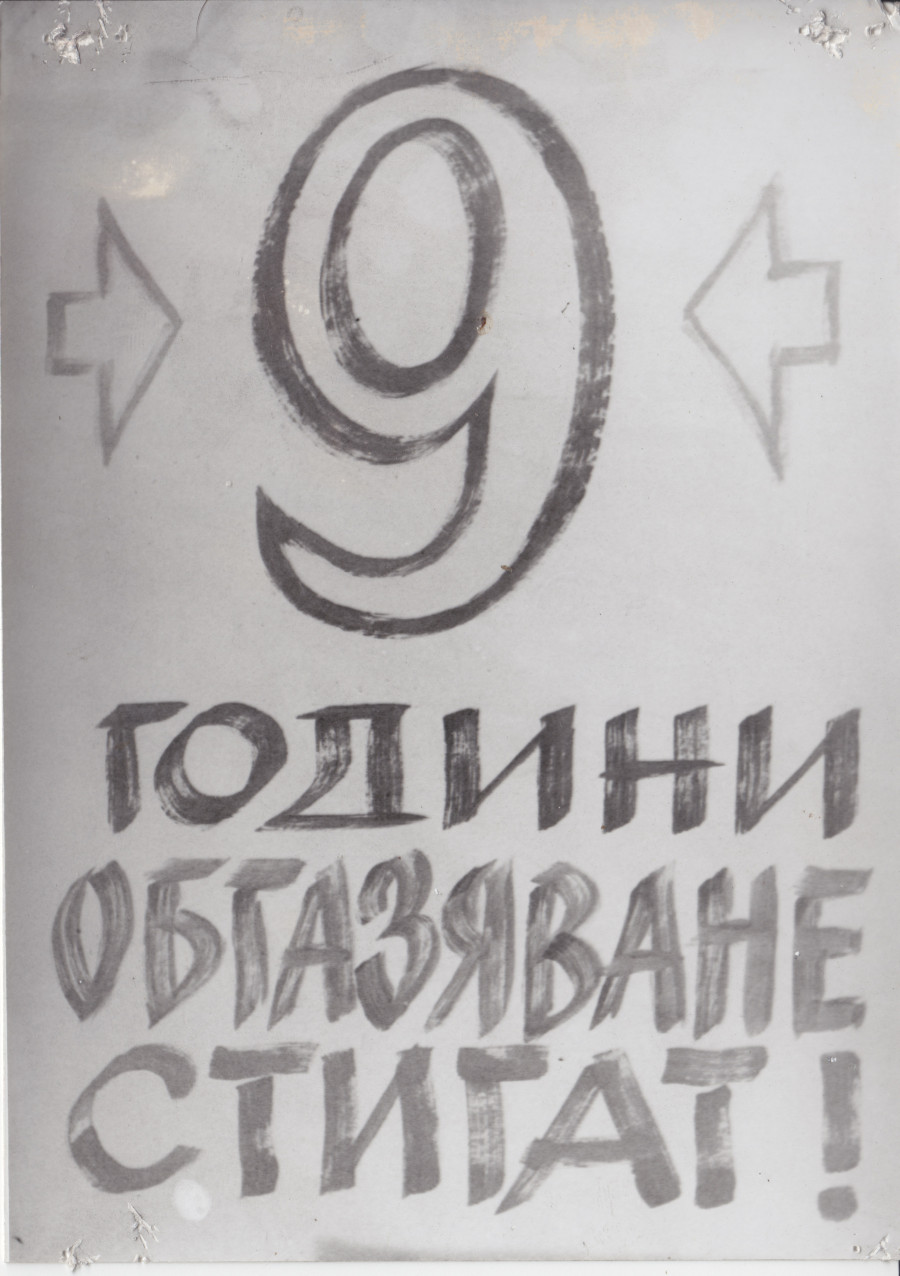 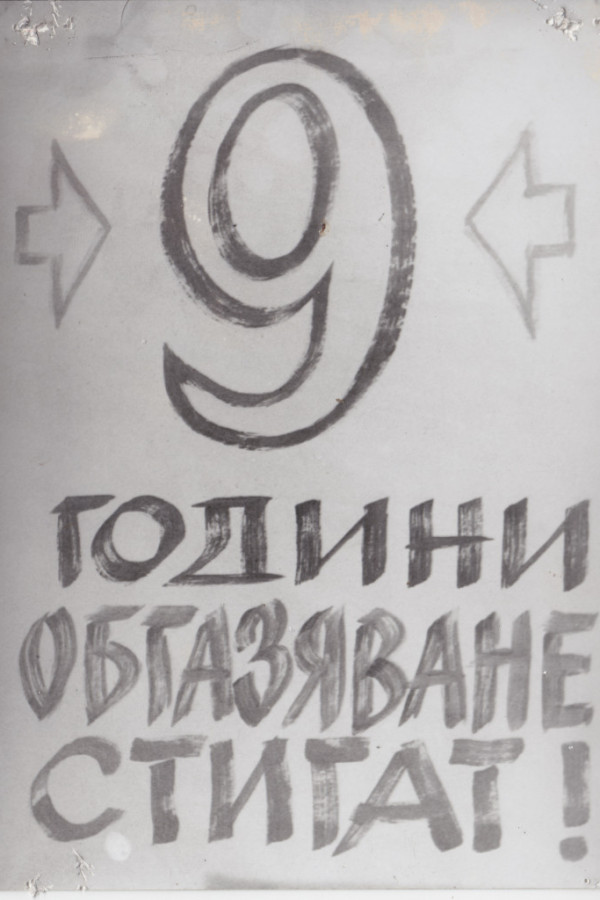 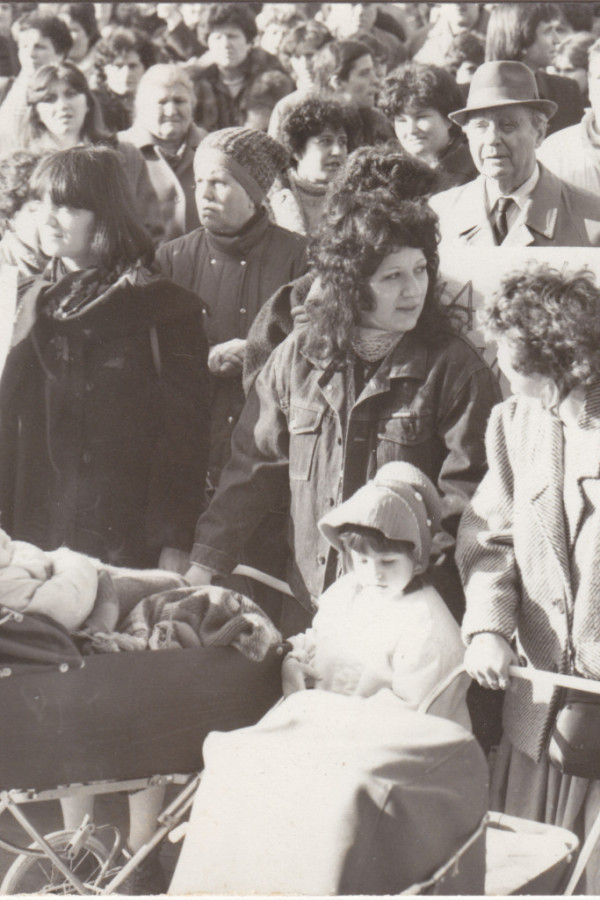 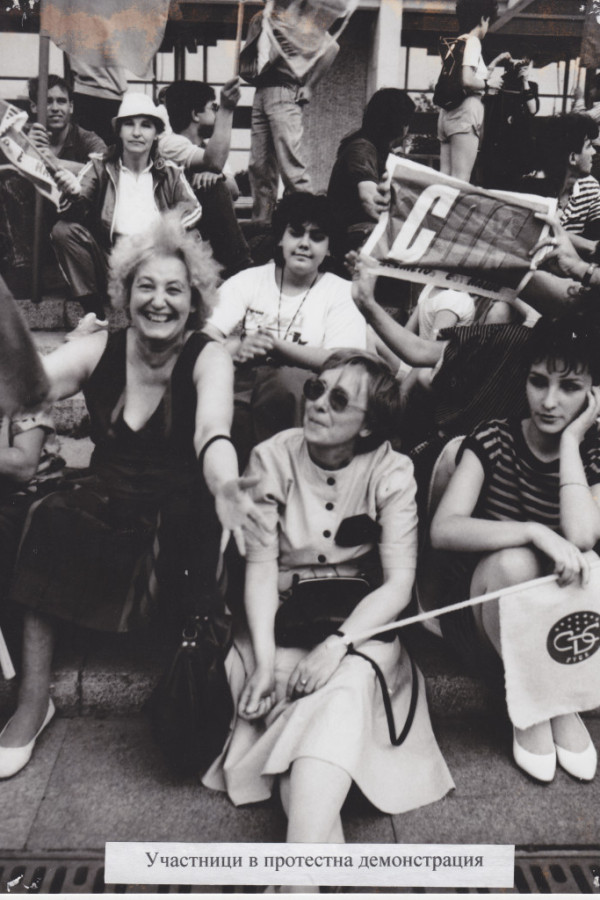 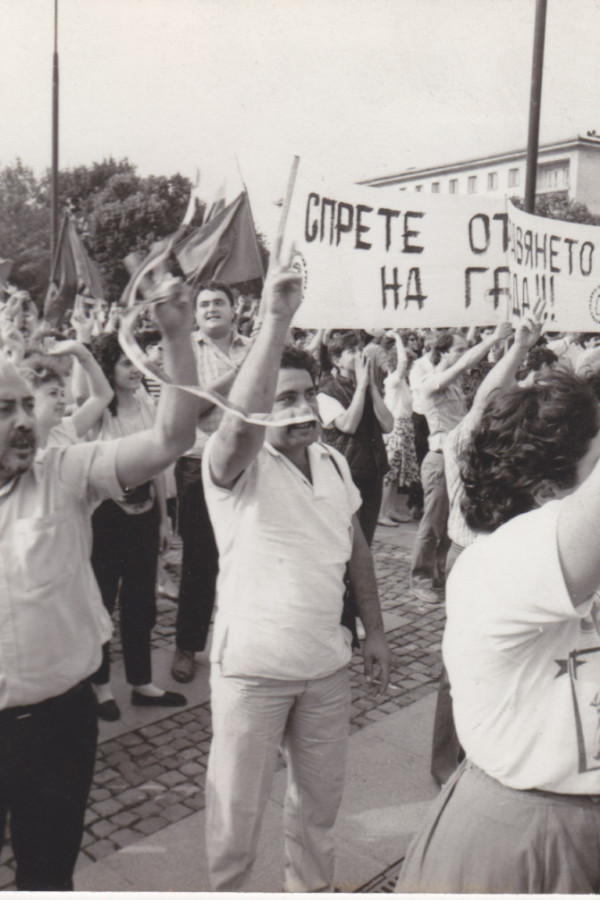 The Visual Story of Katia Melville